We found Peggy first – this quaint dessert dish with a single pink flower. We thought it was special because of its simplicity but didn’t know it was a Blue Ridge Southern Potteries’ pattern until much later. In fact, we had never heard of Blue Ridge pottery!

Now we understand why folks love to collect these quaint patterns. The history behind this unique style of dishware is a great American story about a once thriving pottery in the Blue Ridge Mountains of Tennessee.  Although our current inventory of Blue Ridge is limited, our appreciation at Southern Vintage Table for this American-made china is growing!

The story begins in the early 1900s when a railroad company sold a large parcel of land along their railroad line in Erwin, Tennessee to a group of investors. There were rich deposits of kaolinite and feldspar nearby, perfect ingredients for a pottery business. According to Wikipedia, in 1916 Clinchfield Potteries opened their doors for business, manufacturing the typical china style of the times which were described as “gold-trimmed, decal-decorated dishes”.

In the 1920s the business was sold and became known as Southern Potteries. To set his style of china apart from his competitors, the new owner introduced a hand painted, underglaze technique. The bold, new patterns, painted by the local women, were stamped with the new label, Blue Ridge, sometime during the 1930s.

Young ladies, some as young as fifteen, came down from the mountains to be trained as painters at the pottery. Men were taught how to mold the shapes and do the firing. Some of the young ladies were so talented that they were allowed to paint what are called Artists Signed Plates. These are rare, but wonderful to own. Others were content being part of a team who sat in hard chairs around a table and painted for many hours each day. One might paint a flower on the bisque plate while another would add a stem and leaves. A third might paint an edge around the plate and so on until the plate was finished and put in the stack to be fired and glazed.  (blueridgechina.com) 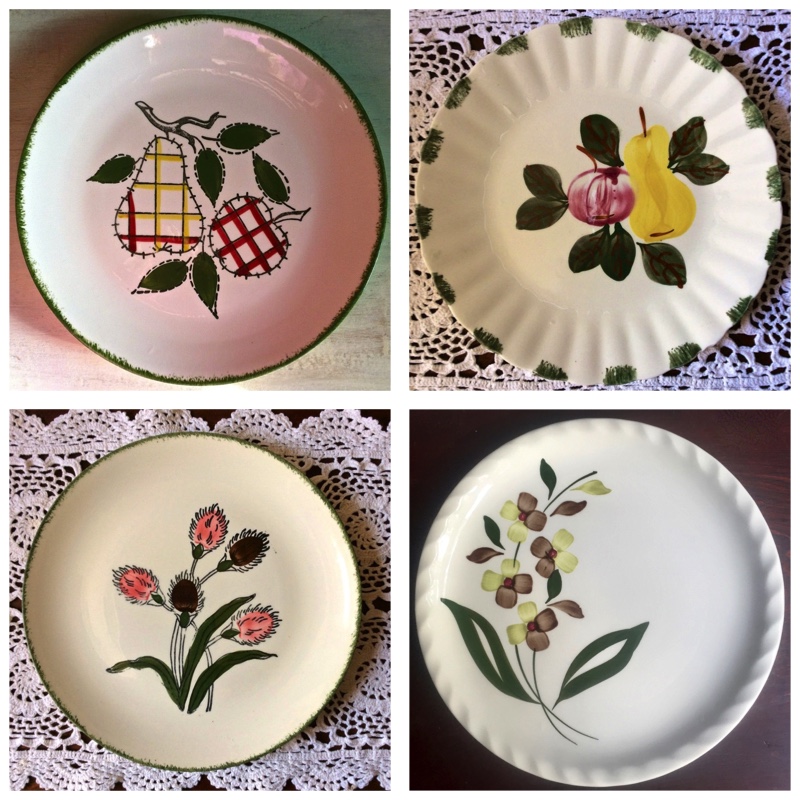 This pattern is called Stanhome Ivy.  It was a pattern made in 1947 for Stanley Home Products and given as a gift to the hostess when she held a party featuring their wares. Avon cosmetics and Quaker Oats also gave Blue Ridge china to salespeople and consumers to boost sales of their own products. The big bold flower patterns are our favorite designs, especially the yellow ones. These vintage dessert plates are simply charming! 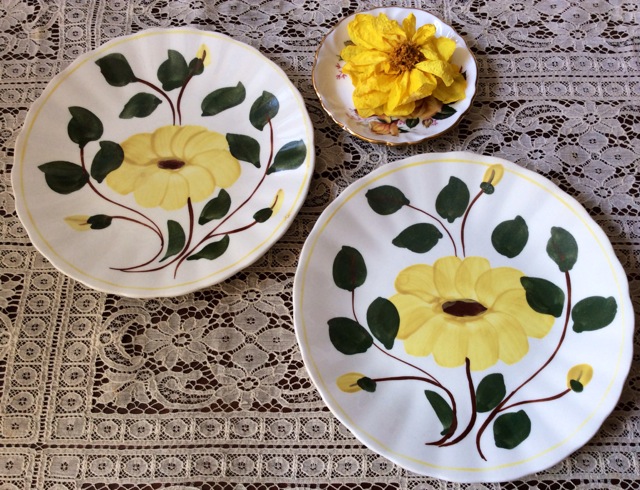 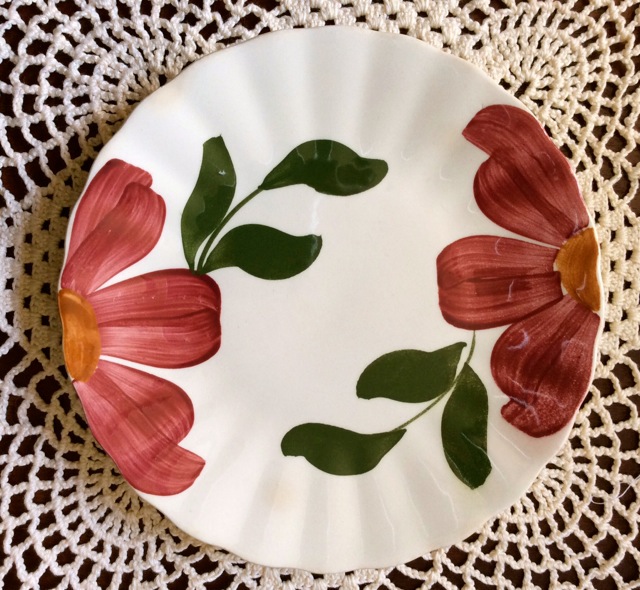 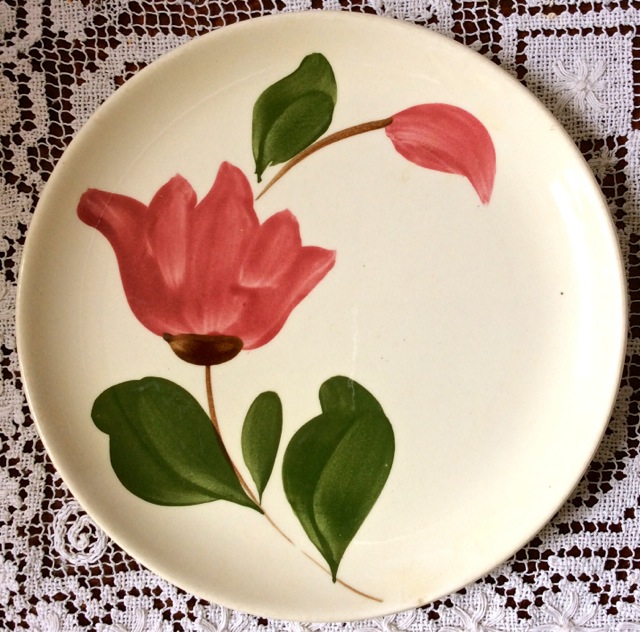 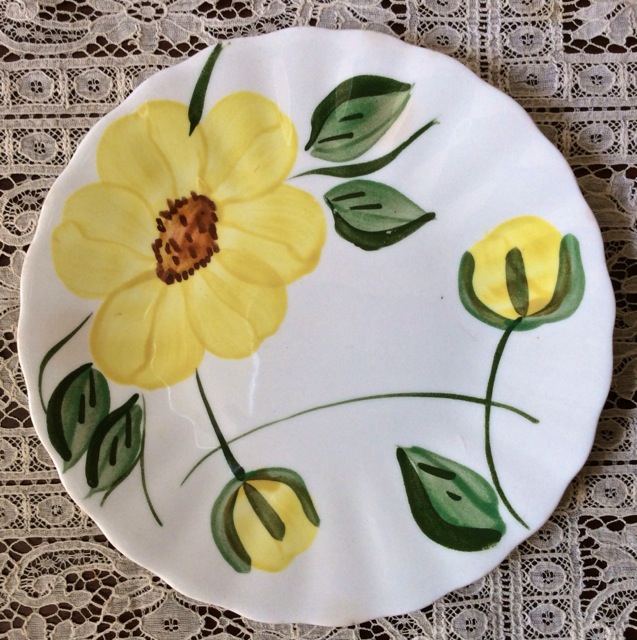 Due to a shortage of imports during WWII, business boomed for Southern Potteries. After the war ended, however, cheaper china imports returned to the American market and plastic dinnerware hit the stores. The competition was tough on Southern Potteries and their business dramatically fell. After designing over 4000 different patterns, Southern Potteries finally closed its doors in 1957 and, according to Blue Ridge-SPI,  “the magic was gone.”  I love that quote. These vintage American-made hand painted patterns are available at Southern Vintage Table in limited amounts but we are actively looking to add to our collection!  As we admire these hand painted beauties, we have a vision of women, brushes in hand, artfully painting and sharing a little of themselves with every stroke of their brush. Invite Southern Vintage Table to share some vintage magic with your guests at your next event! 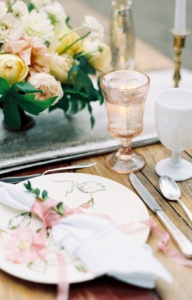